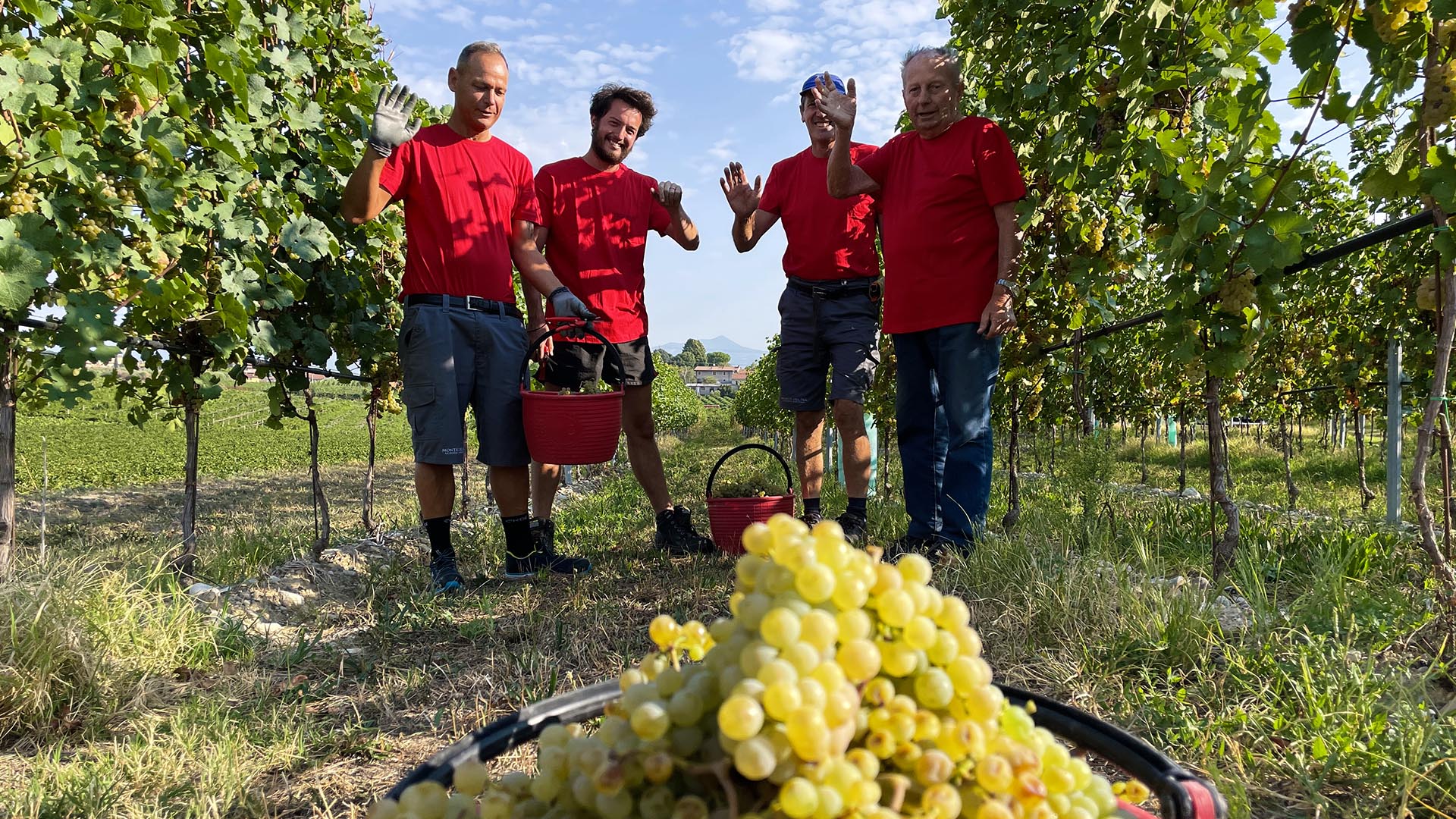 The 2021 Harvest End At Monte Del Frà Winery . A Look of Behind the Scenes

Home » The 2021 Harvest End At Monte Del Frà Winery . A Look of Behind the Scenes

Passion, Optimism, and Respect for the Natural Rhythms of the Vine; The Values ​​Underlying the 2021 Monte Del Frà Winery Harvest.

It is yet another year; the harvest is over, and for the Monte del Frà winery staff, a path full of meaning ends; the end of one cycle and the beginning of another one. The phase of hard work in the vineyard has ended. Now the team is preparing to begin the one in the cellar. But what has happened in the last eight months in the vineyards of Custoza, Bardolino, and Valpolicella Monte del Frà winery?

The months before harvest were characterized by climatic events that generated a lot of tension, particularly the hailstorm that occurred in April, which affected some plots of the cellar. During this phase, the quantity of grapes reduced, but the vine had the strength to react. In August, there was a delay in vegetative development, which began late due to a not very hot summer. But thanks to clear days and cool nights, the vine regained its ripening time, accelerating growth. The veraison benefited from the dry and warm climate and a good temperature range between day and night.

The first varieties to reach in the cellar were Chardonnay, Pinot Bianco, Sauvignon Blanc, and Incrocio Manzoni. Then, starting from the second half of September, the Trebbianello (local biotype of Tocai / Tai), Bianca Fernanda (the local clone of Cortese), and Garganega grapes, main varieties for the Custoza DOC and Custoza Superiore Cà del Magro DOC wines. The whole period was characterized by a very favorable climate, marked by sunny days and  cool nights that pushed the accumulation of the aromatic precursors of the grapes: a character that is particularly enhanced in the presence of temperature variations.

The rain of 5 and 6 October marked a short interruption of the climatic equilibrium, but the quality was not affected. The atmospheric conditions quickly re-established, allowing the continuity of sunny days and cold nights. The temperature excursion also had more benefits on the Garganega grape: it ripened slowly until mid-October, increasing structure and richness in the typical aromas of wisteria, broom, rose, and acacia. The harvested quantity was below average, but the quality of the grapes was excellent. 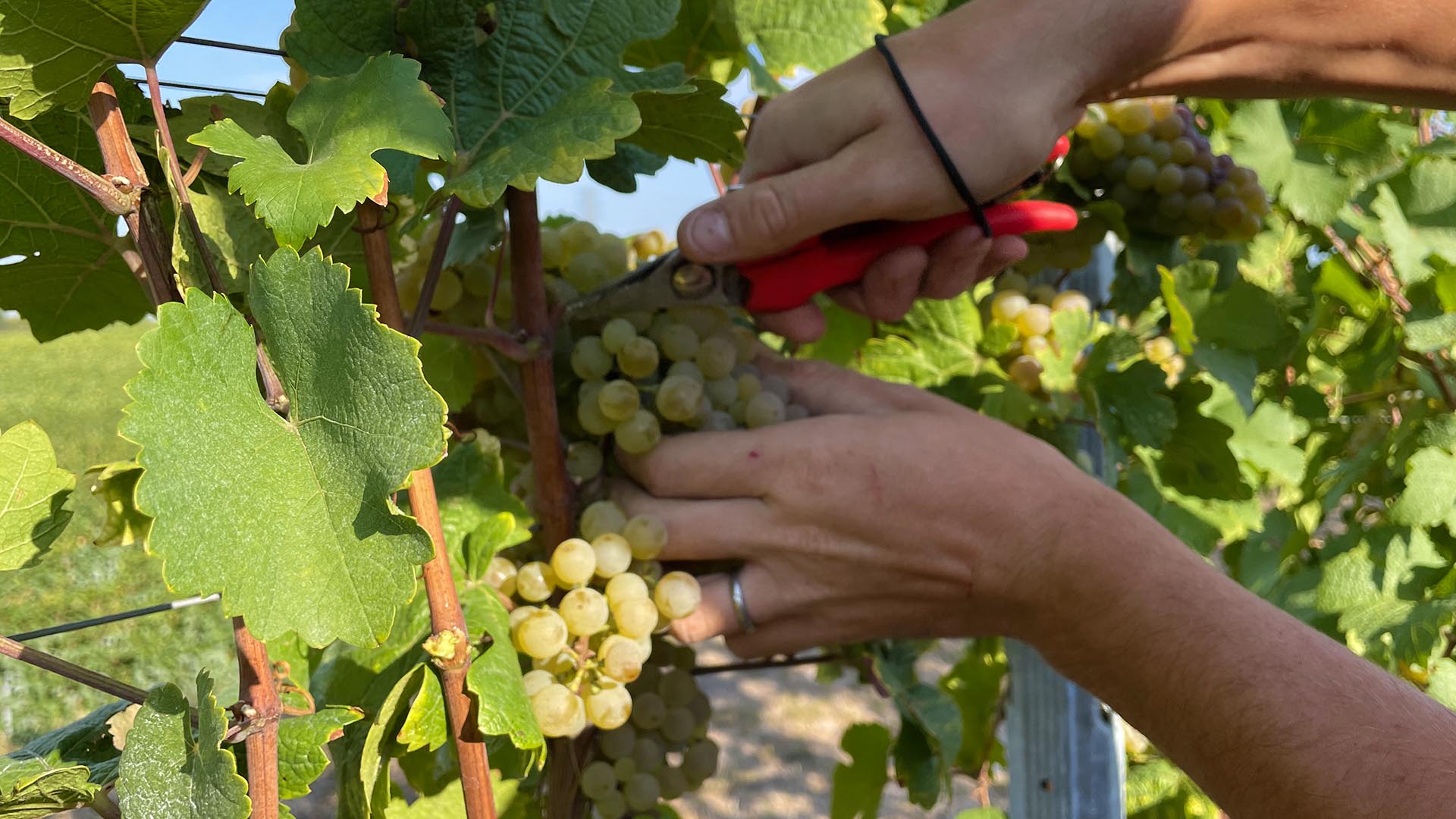 As for the harvest of Corvina and Rondinella grapes that produce the Bardolino wine, received an optimal climate between September and October; a good maturation of the skins allowed an excellent maturation of the tannins and anthocyanins, giving balanced musts with good structure and alcohol content. In the meantime, the harvest in the plots in Valpolicella was also completed. The grapes Corvina, Corvinone and Rondinella have been placed in small caches in order to begin the “appassimento” phase. Here, the harvest goes from mid-September until 10 October. The room where dry the grapes are subjected to continuous, systematic control of humidity and ventilation. It takes advantage of the particular natural climatic conditions of the Valpolicella territory, where autumn is characterized by constant and dry night breezes and even a cold climate.

“The vineyard and cellar team is truly extraordinary: energy, passion are the company’s leitmotif,” explains the owner Marica Bonomo. “The results obtained are also thanks to a close-knit team that works every day to produce quality wines that respect our territory.” 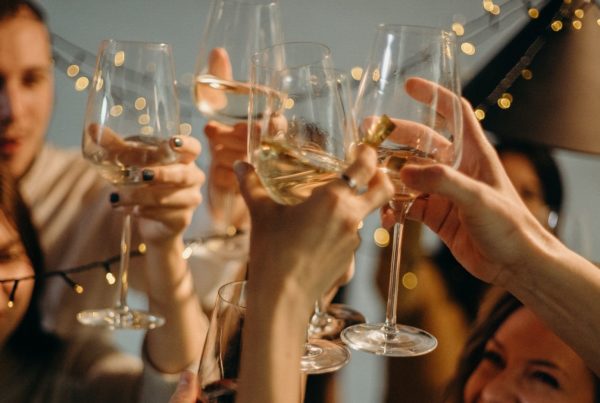 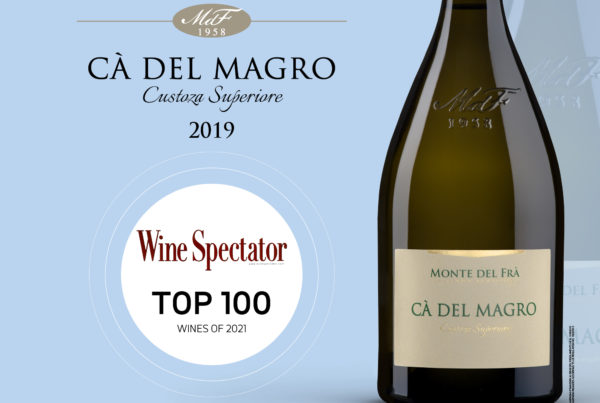 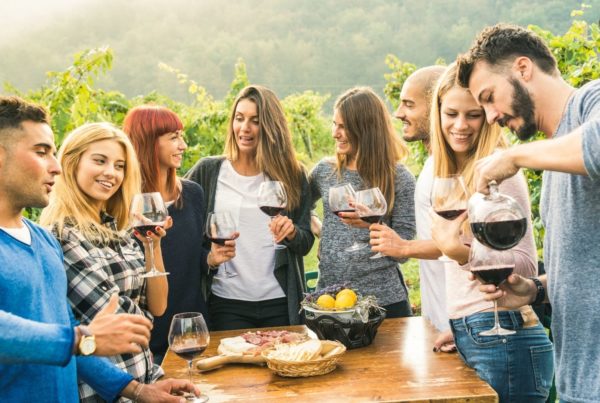 What to do in Verona in Autumn if you love food and wine: here are 8 interesting ideas 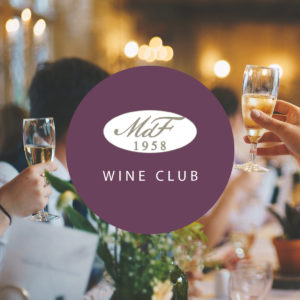